What is Rheumatoid Arthritis?

How to put Rheumatoid Arthritis into Remission 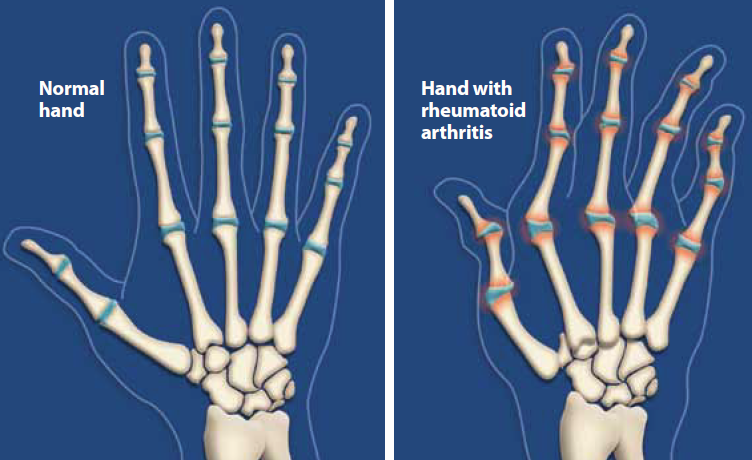 In our modern day world, when something goes awry with our health, we often seek the advice of a medical professional to help understand what is going on and how we can treat it. While becoming aware of our ailments is important, the way in which we treat them is just as much so. Health begins with prevention. Remaining aware of what is known to deplete our wellbeing is pertinent. And if you are faced with an unfortunate diagnosis, it’s necessary to understand it to the best of your ability, and acknowledge the factors that could have caused it, otherwise you may find yourself in the same situation again later on down the road. You must also know your healing options. There are many medicinal paths out there, and sometimes the one you are presented with is not necessarily the right one.

Here, rheumatoid arthritis is discussed, and you might be surprised at the healing options available to you.

What is Rheumatoid Arthritis?

Rheumatoid arthritis is defined as a chronic autoimmune disease characterized by inflammation of the joints, frequently accompanied by marked deformities, and ordinarily associated with manifestations of a general, or systemic, affliction.[

This disorder, which often affects the small joints in the hands and feet, is the result of the immune system accidentally attacking the body’s own tissues, damaging the lining of the joints, and causing swelling that can become so severe that it can lead to bone erosion and deformed joints. Other parts of the body that can be affected are the skin, eyes, lungs, and blood vessels.

The Signs and Symptoms

RA can be difficult to diagnose, but knowing the factors involved is crucial. Some of the early signs include: fatigue, dry mouth, loss of appetite, irritated eyes that can even experience discharge, chest pain upon breathing, and hardened tissue in the form of small bumps under the skin on your arms.

You may then experience inflammation, stiffness, and pain in the fingers, wrists, knees, feet, ankles, or shoulders. Numbness, tingling, and burning are also common as a result of carpal tunnel syndrome, often associated with RA. You might also experience a fever accompanied by other RA symptoms.

The disorder, which can be terminal, can have pain so crippling that half of people who develop it will no longer be able to work within 10 years. Furthermore, within five years, 50 to 70 percent of RA’s victims will experience some form of disability. With such a small number (less than one percent) of people experiencing spontaneous remission, it can feel very defeating to live with.

Many of the doctor-prescribed medications do little to reverse RA, but rather alleviate the symptoms associated with the disorder. To do so, anti-inflammatories like ibuprofen and highly toxic drugs are often utilized. Steroids like prednisone can have many side effects, including an increased risk of infection, weight gain, worsening diabetes, cataracts in the eyes, and the thinning of bones.

Furthermore, there is also the concern of  people with RA experiencing relapses while on these toxic medications. “That can happen within months or even many years after a patient has been started on a drug,” explains Dr. Hardin, a professor of medicine in the division of rheumatology at the Albert Einstein College of Medicine, in the Bronx, New York. Dr. Hardin notes that this phenomenon is the result of people simply becoming resistant to medications.

“When I was diagnosed with RA, my rheumatologist started me on immuno-suppressants, steroids and methotrexate (a drug commonly used in chemotherapy),” says Rachna Chhachhi, a certified nutritional therapist. “After a while of feeling good, I noticed that my hair had started falling. I tried everything possible to get back my lost hair, but to no avail. Nothing worked. When I asked my immunologist, he told me it was a side effect of the drugs I was taking. I had to choose between balding and being able to walk.” Chhachhi chose alternative methods, changing her lifestyle choices first and foremost.

As with any health concern, it’s much easier to assume this is the unfortunate hand you are dealt with and give in to medications as a means for getting through the day. But a crucial step many people miss when it comes to diagnoses is understanding what might have caused them in the first place.

RA is an immune system disorder, so it makes sense that the buildup of nutritional deficiencies could weaken the body. Chhachhi chose to strengthen her immune system through nutrition and physical practices like yoga and pranayama. Here is a look at similar lifestyle changes that can be made:

A 2011 study published in The American Journal of Clinical Nutrition discovered that, over a 15-year- period, men and women who ate a healthful dose of nuts had more than a 50 percent lower risk of dying from inflammatory diseases like rheumatoid arthritis as opposed to those who ate little to no nuts. 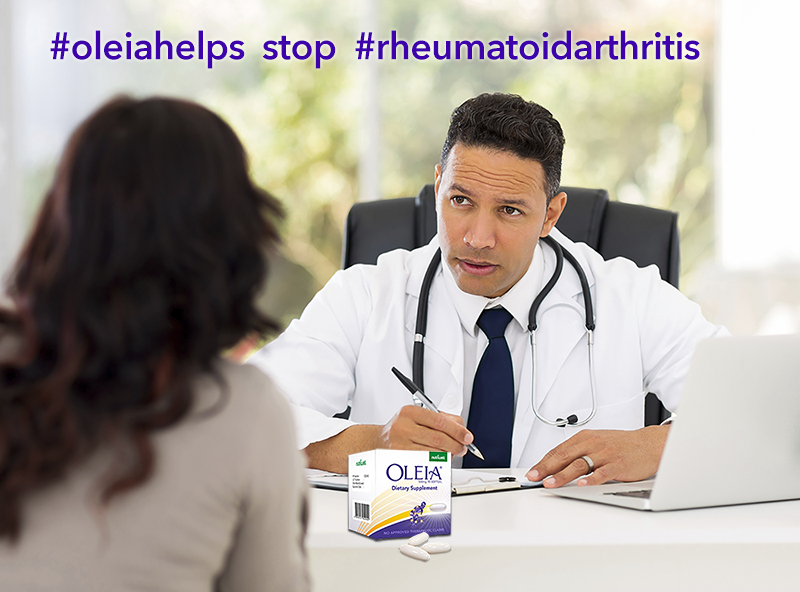 Olive oil, which is loaded with oleocanthal, hinders inflammation in the body as well as reduces pain, much like the synthetic medications on the market. “This compound inhibits activity of COX enzymes, with a pharmacological action similar to ibuprofen,” explains José M. Ordovás, PhD, who is the Director of Nutrition and Genomics at the Jean Mayer USDA Human Nutrition Research Center on Aging at Tufts University in Boston.

Another natural pain reliever is the curcumin found in turmeric, which is touted for its incredible anti-inflammatory properties. In fact, a study published in 2006 in the Journal of Natural Products discovered that pure curcuminoid extracts are effective in preventing and treating experimental rheumatoid arthritis.

Excess weight isn’t good for people with rheumatoid arthritis because it adds extra stress and strain on weight-bearing joints like the knees and hips. Low-impact aerobic exercises are the way to go. “While, yoga keeps their joints supple and flexible, pranayama helps in the efficient release of toxins from the body, thereby reducing pain,” explains Chhachhi of her chosen and recommended method.

A study conducted by researchers at the Mayo Clinic discovered that obese individuals were 25 percent more at risk for being diagnosed with rheumatoid arthritis than people with normal body weights. The study’s lead researcher, Eric Matteson, says it’s more than just stress on the joints, however. “The link, we think, has to do with the activity of the fat cells themselves,” says Matteson.

Vitamin D plays an important role in the strengthening of bones, joints and cartilage, so not getting enough can work to do the opposite — weakening your body and aiding in muscle and skeletal pain. A 2012 study published in the journal Therapeutic Advances in Endocrinology and Metabolism concluded that a deficiency of this vitamin may be linked to the onset of serious diseases for people with RA. The sun is the best source of natural vitamin D. You can also get it through your diet by eating foods like salmon, egg yolks, and fortified milk and yogurts. And to make sure you are absorbing it properly, it’s important to have healthy gut flora. Consuming fermented foods daily is a great place to start.

This health article is brought to you by Collective Evolution.